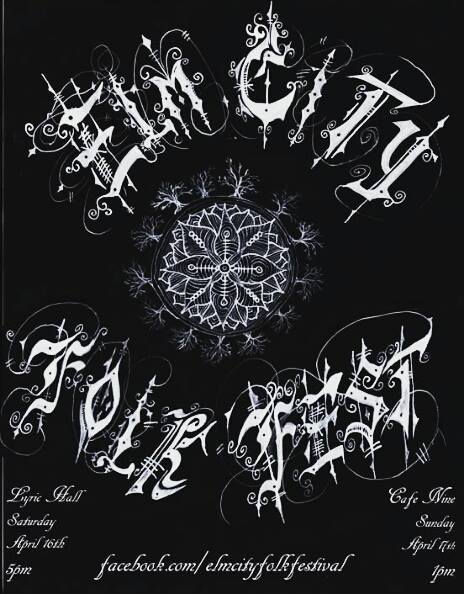 April 15, 2016, By Brian Slattery- "Margaret Milano, organizer of the Elm City Folk Festival, apologized if she seemed a little tired on Thursday night. She hadn’t had any coffee and was still at work. “I’m just getting excited for the weekend and hoping I get through that Cafe Nine 11-hour day.” Milano was talking about the second day of the second annual Elm City Folk Festival, which takes place this weekend downtown and in Westville. Saturday, April 16, features a full night of music starting at 5 p.m. at Lyric Hall, featuring Elison Jackson, Kindred Queer, Chris Bousquet, Rob Carlson and Benefit Street, Belle of the Fall, and Jon Schlesinger of No Line North. The front room of Lyric Hall will exhibit art by Emerson Milo, Jo Kremer, and Addison Thompson, and a performance by Chris Kiley and others. Sunday, April 17, moves the festival over to Cafe Nine for a bursting roster that starts at 1 p.m. and goes until 11 p.m. Swamp Yankee, Olive Tiger, The Backyard Committee, Lines West, Podunk Throwbacks, Dudley Farm String Band, Michael Hunton, Frank Critelli, Glenn Roth, Anne Marie Menta, D.W. Ditty, and Bill Benson will all take the stage..."