June 26, 2018, by Christopher Arnott- "The newish New Haven small-theater ensemble The Harpers is doing “Cabaret” with a bare-minimum (and half-dressed) nine-person cast. The actors double as the band, playing piano, violin, melodica, a small trap drum, cymbals, washboard, trombone and a slew of kazoos and ukuleles. It’s a rasping hoot of a show, deconstructing sacred musical theater values and crassly dramatizing the breakdown of society and government. 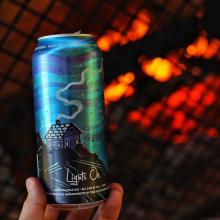 June 19, 2018, by Erik Ofgang- "When AJ Keirans talks about the “art” of craft beer, he’s not talking about the skill that went into making a specific brew — he means it literally. Keirans, of Shelton, is the host of The 16oz.

THE BUMPY ROAD TO CALMING TRAFFIC

June 1, 2018, by Thomas Breen-"First fix the speeding by drivers on Anarchy Road. Then we can talk about bike lanes. Fifty Westville neighbors sent that message to city officials Thursday night as they blasted an early draft of a city proposal to reconfigure the layout of Yale Avenue's bike lanes, pedestrian walkways, and parking spots. Many of the neighbors criticized the plan for paying insufficient attention to what they saw as the most important problem on the block: high-speed traffic.

June 5, 2018, by Markeshia Ricks- "Were they voting to save SROs? Or preventing them from being built? Downtown Alder Abby Roth asked colleagues that question during debates over two bills that became law Monday night. In a 23 to 4 vote, the Board of Alders approved a zoning ordinance text amendment that will put a six to nine-month moratorium on converting single room occupancy (SRO) facilities into market-rate housing or lodging. The goal: Preserve that kind of affordable housing.

"After enduring criticism of their initial design, the developer and architect who plan to transform the vacant lot where the former Delaney’s used to stand showed off the latest iteration at the City Plan Commission. The City Plan Commission in a unanimous vote at its most recent meeting approved plans to build a three-story 23,934 square foot building at 882 Whalley Ave. 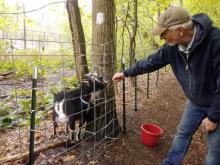 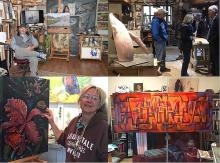 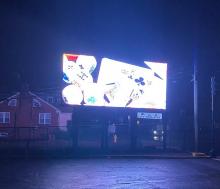 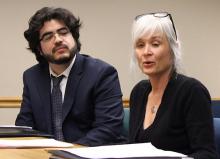