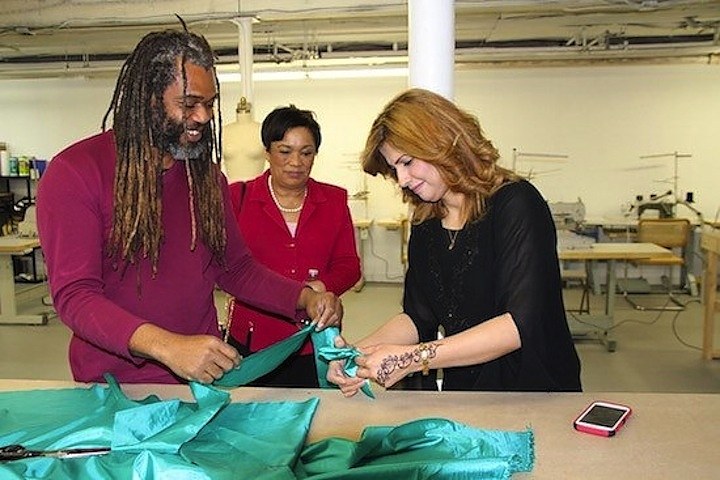 November 18, 2015 - Neville Wisdom had done it hundreds of times, the steps running on loop through his head. A clean cut through skin and muscle would expose the skull. Four tiny burr holes would come next, helping to create a white window of bone. Working together the two would isolate the bulging, bobbing aneurysm, a ticking time bomb.

Then, driven by months of routine, he would help clip the aneurysm, and save the patient from potential catastrophe. But now, hours into the procedure — for the first time in his career as a surgical tech at Yale-New Haven Hospital — Wisdom found that he couldn’t do it.

It wasn’t that he had forgotten the process, exactly. Instead, the mental loop had stopped and started and stopped again, catching on a suite of deferred ambitions somewhere at the back of his brain. Like the aneurysm itself, a steady pressure had been building within him for months now.

It was time to make a change: from full-time at the hospital to full-time in fashion, a field that had followed him from his childhood in rural Jamaica to his arrival in the United States at 28.