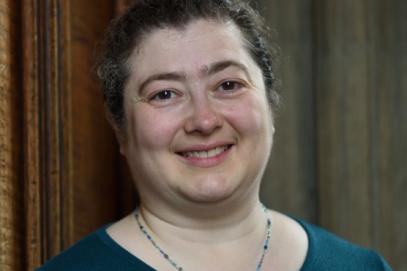 “Questions in Jewish Music,” a program of five sessions led by ethnomusicologist Rachel Adelstein, Ph.D., will be offered at Beth El – Keser Israel in New Haven. Adelstein has produced podcasts about music in Jewish life around the world and has presented her research internationally to academic and public audiences. The sessions, which are free of charge and open to the community, are scheduled on Wednesday evenings in January from 7:30 to 9:00 pm. They are entitled The Basics, Cantorial Music, Jewish Music and Modernity, Women’s Voices in Jewish Music, and Music and the Politics of Memory.

“Music runs all the way through the Jewish experience, in the prayers and songs we sing in the synagogue, the music we dance to at our weddings, and even the plays and movies where we tell our stories to the world,” Adelstein explains. The program will explore the history of Jewish music from Biblical times to the present, and how Jewish communities have used music to define their sense of who they are in a changing modern world.

Adelstein received her PhD in 2013 from the University of Chicago, where she completed her doctoral dissertation entitled "Braided Voices: Women Cantors in Non-Orthodox Judaism." She currently is expanding this research into a monograph that examines the relationship between women cantors and an emerging American style of Jewish ritual practice. From 2014 to 2017, she was the Donnelley Research Fellow at Corpus Christi College, University of Cambridge, where she conducted fieldwork for a project about the musical lives of British synagogues. She has recently begun to explore issues surrounding the identification and attribution of hymns and other liturgical compositions, as well as challenges to congregational participation in prayer, and the role of change and diversity in the sonic space of the synagogue.